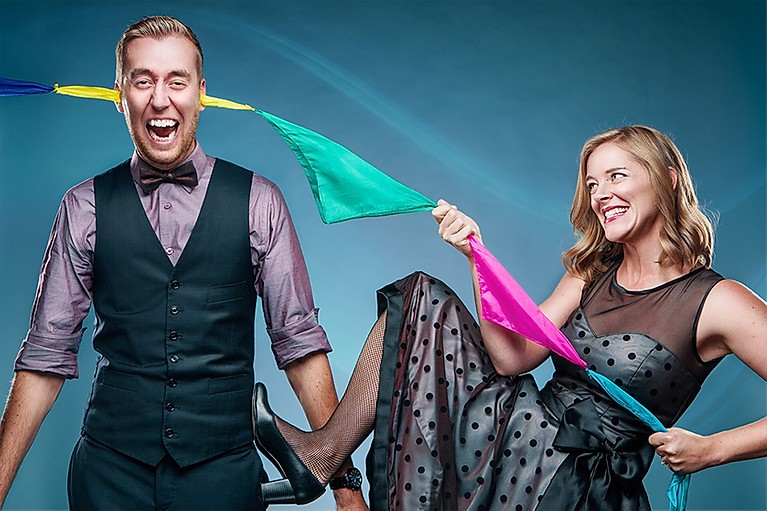 Brent and Sarah’s Comedy Magic Show combines magic, music, comedy and interactive audience participation in a way that feels more like a two-person variety show than a traditional magic act. But it’s also a non-stop laugh riot from beginning to end. It’s what you get when you pair together two magicians with skill and talent that don’t take themselves too seriously. Brent and Sarah are a husband and wife team of magicians with a unique and hilarious approach to magic. Unlike traditional magic shows that feature a male magician and a female assistant, this entertaining couple has brought magic into the 21st century with a thrilling two-person show that can’t be seen anywhere else. The show is sure to amaze and impress, but it is Brent and Sarah’s hilarious personalities and on-stage chemistry that keep audiences raving about the dynamic duo.